At A&J Jewelers, we are proud to present different cuts of diamonds for engagement rings to our customers. If you are interested in learning about the various options, read on to learn more.

There are many different cuts of diamonds available but listed below are twelve of the most popular choices.

The Tiffany Diamond is a modified cushion, and that inestimable lineage makes this, too, one of the most popular cuts. The slightly rounded edges belie a great depth of character.

Radiant-cut diamonds have the facets of round cuts and the shape of emerald-cut diamonds. The combination of features of each cut is nearly hypnotic in its impact.

Princesses might be all curves and chiffon, but princess-cut diamonds are sharply angular and have beveled sides. Having been devised in the mid-1980s, it’s one of the newest cuts and is popular as a less-expensive, but still brilliant, option than round cuts.

This square cut is a vortex of brilliance that draws the eyes into depths that seem to be bigger than the diamond itself. The vanishing point feels like it’s miles away.

The brilliant cut is round. It sparkles like the stars on a cloudless night, each fabulous facet give off its own shine. It is definitely one of the most popular cuts.

If heart-shaped diamonds were common, then it would undoubtedly be the most popular cut. They are among the rarest, however, so these eponymous diamonds are very much in demand. Of course, nothing says, “I love you!” better.

Trilliant-diamonds are triangles, a visually striking cut that sets the stone apart from many others. As solitaires, they have 50 facets and rival round-cut stones in both brilliance and fire.

The oval cut is relatively new. It came about in the 1960s as an alternative to the brilliant cut. It uses mirroring combined with facets to produce its fire and brilliance.

The pear cut combines brilliant and marquise to make light dance for the eyes. Even though the shape resembles a teardrop, it’s a happy cut that evokes a good time had by all.

George gave Amal an emerald-cut engagement ring, and the world “oohed and aahed” all the way from their ceremony at Ca’Farsetti Castle back to their star-studded careers. It’s a cross between a baguette and an asscher.

They say that the marquise cut resembles a smile. Others see other things, to be sure, but it’s hard to downplay the fire of the “Mona Lisa of diamonds.”

The baguette cut came into its own during the art deco period. Like much of that era, its shape derives the the works of cubist painters. The elongated sides create big flashes to catch the eye.

In addition to the popular diamond cut styles listed above are are a few more options for those looking for something a bit more unique. 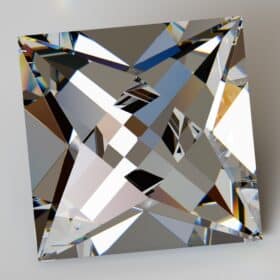 The French cut is one of the oldest, dating to the 15th century. It is rare now because it doesn’t present as much fire as the asscher or brilliant cuts. It adds four “tables” to the point cut. 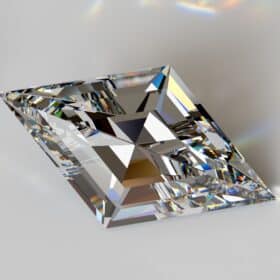 The lozenge cut is, well, diamond-shaped. The parallelogram of the diamond has fewer facets than the brilliant cut’s 58, but it relies on mirroring for intermittent blazing flashes. 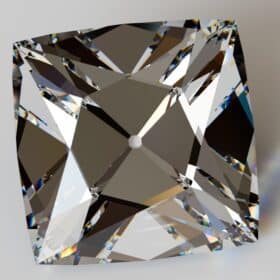 The Peruzzi cut is also quite old. It dates from the 17th century and is named for its creator, Vincenzo Peruzzi. Unlike other cuts, it has three tiers of facets. 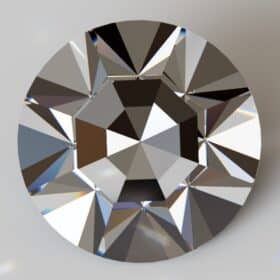 The single cut is both plain and elegant. It hides a quiet fire within its 18 facets. It’s for folks who like to present class without ostentation. 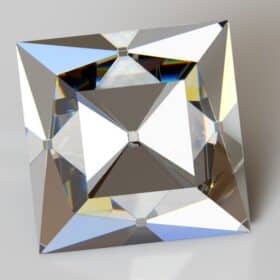 Table-cut diamonds have very few facets, often fewer than 10, and date from the 16th century. The top is completely flat, which is what gives the cut its name.

A&J Jewelers has been in business for 36 years. We know our stuff, and you can trust us to take care of all of your diamond needs no matter which cuts for diamond rings you prefer. We’d be honored to have you come into the store to talk to someone about the different cuts of diamonds for engagement rings. Give us a call or drop by during regular business hours to make an appointment today.

A&J Jewelers is a family-owned and operated jewelry retailer and manufacturer based in Gwinnett County.